How To Get Pregnant

0 Pregnant Tips 9:02 PM
A+ A-
Print Email
Maybe you're just really eager to get pregnant, or maybe you want your baby's birth to happen at a specific time. Here are six tricks to make it more likely that you'll conceive soon after you start trying.

Trick #1: Figure out when you ovulate

The biggest secret to getting pregnant faster is knowing when you ovulate (release an egg from your ovary). Think of the egg as a bull's-eye and the sperm as arrows. One of the arrows has to hit the bull's-eye in order for you to get pregnant.

Since most women release an egg once each menstrual cycle, there are only a few days out of each cycle when sex can actually lead to pregnancy. Knowing when you ovulate means that you and your partner can identify the bull's-eye and then aim for it, instead of just shooting a bunch of arrows and hoping the target happens to be there.

You can figure out when you ovulate using a few different methods. Our article about predicting ovulation walks you through them.

If you notice that you have irregular periods over the course of several months, pinpointing ovulation could be difficult. Ask your doctor for advice. 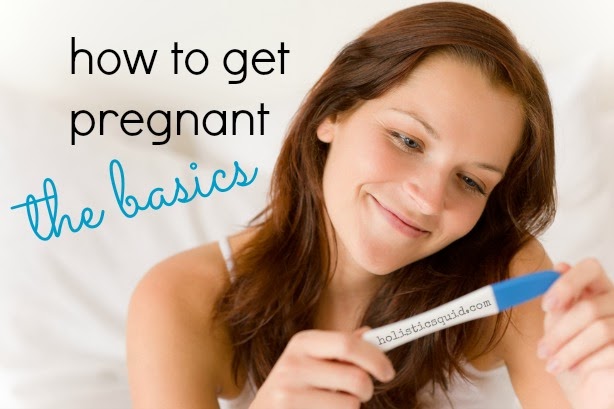 Trick #2: Get busy at the right time

Once you know when your egg will be released from your ovary, you can plan to have sex during your most fertile days: from three days before ovulation through the day of ovulation. (Starting a little sooner can't hurt; some women have gotten pregnant from sex that happened six days before they ovulated.)

You have a range of days for baby-making sex because sperm can survive for five to six days in your body. (Your egg survives for only about a day.) That means if you have sex on Monday, sperm can survive in your fallopian tubes, waiting for an egg to float by, until around Thursday – or maybe even as late as Sunday.

If you're not sure when your fertile period will be, here's an easy rule of thumb: Hit the sheets every other day. Having sex this often means you'll have healthy sperm waiting in your fallopian tubes every day, ready to spring into action whenever your egg gets released.


Another tip: If you and your partner are waiting to have sex until your most fertile time, make sure you haven't gone through too long of a dry spell beforehand. Your partner should ejaculate at least once in the days before your most fertile period. If he doesn't, there could be a buildup of dead sperm in his semen when it's go time, and dead sperm can't get you pregnant.

For a long time, no one really knew whether lying on your back after sex (to prevent sperm from leaking out) would help boost the chances that a sperm would successfully reach and fertilize your egg.

Now there's reason to believe that staying horizontal can help. In 2009, researchers in Amsterdam found that women who lay flat for 15 minutes after being artificially inseminated (that is, a doctor inserted sperm into their uterus) were 50 percent more likely to get pregnant than women who got up right away after the procedure.

While we can't be sure that the same is true for intercourse, this study suggests that staying put for a bit after sex could help your partner's sperm along. In any case, it doesn't hurt to try.

If you're in a rush to get pregnant, you might find yourself feeling anxious about it. While that's totally normal, you actually have a better shot at conceiving if you aren't stressed out. The hypothalamus – the gland in the brain that regulates the hormones of ovulation – doesn't function as well when you're stressed, which means you may ovulate later than usual or not at all that cycle.

So do whatever you can to enjoy the process of getting pregnant. Having fun with your sex life (instead of a "must conceive now," Type-A approach) will actually boost your chances of success. And if you're looking to keep things spicy, good news: No single sex position is more effective for baby-making than another.
Posted by Shweta Pandey